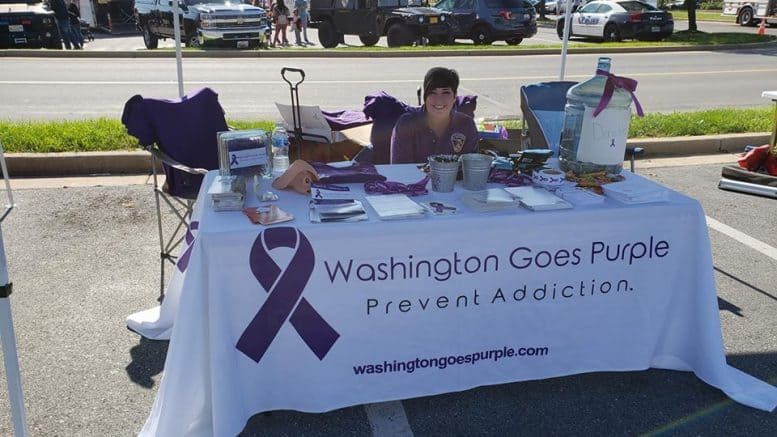 In a letter addressed to Hogan, written on Hagerstown City Council letterhead, Keller, a first-term city councilwoman, noted that Schuh “has a very longstanding reputation of mudslinging and partisan antics.”

In 2014, Schuh faced off against former Anne Arundel County Executive Laura Neuman (R) in a brutal Republican primary that turned off many voters. Schuh is said to have used dirty political tactics against Neuman, including calling Neuman’s mother to dig up dirt on her as well as publicly casting doubt on Neuman’s rape.

Keller, in her letter, wrote that she struggles to understand how Schuh, whom she claims “made a career out of extremely divisive politics is the best person to lead in a non-partisan way, especially in the top position in Maryland to combat the opioid epidemic.”

Schuh, 58, will take over as director of the state’s opioid command center, replacing Clay Stamp, who will return to working for Talbot County government, serving in a position he held prior as Talbot County’s emergency director.

The opioid center consists of public and private sector officials who are working in coordination to tackle Maryland’s gripping opioid crisis. The center was created in 2016 as part of the governor’s Opioid Prevention, Treatment and Enforcement Initiative.

Keller, who won a seat on Hagerstown’s five-person city council in 2016, wrote that she is “dismayed and confused” by Hogan’s decision to appoint Schuh as the Opioid Command Center’s new director.

Though critical of Hogan’s appointment of Schuh, Keller praised the governor in the first paragraph her letter, writing, “I think very highly of you and recognize the development and progression you have brought to the State of Maryland… I appreciate having a Governor who has shown up and been present in an often forgotten part of the State.”

However, Keller, a Democrat, wrote that she struggles “to find a reason why Mr. Schuh is qualified for this particular position.”

“He does not have a background in crisis management, law enforcement, public health, or anything that the leader of an Opioid Command Center would need to thrive.”

Prior to serving as county executive, Schuh represented District 31 in Maryland House of Delegates from 2007 to 2014.

The former county executive holds a B.A. in Economics and Political Science from Dartmouth College and holds two Master’s degrees – an MBA and a Master of Science in Education from Harvard University and Johns Hopkins University, respectively.

Prior to serving in public office, Schuh worked in investment banking and private equity. Before his loss to Pittman in the latest executive race, it was widely rumored that Schuh was readying a 2022 bid for governor.

“He has spoken out against harm reduction methods, although multiple studies by scholars and health care professionals show harm reduction is necessary in combating this epidemic. Of course the only way to beat this all together is for addicts to live clean and healthy lives, but keeping a person alive until they are able to enroll in treatment has to be a priority.”

Schuh in his new position will be responsible for coordinating statewide resources to come up with community-based solutions to drug addiction.

Keller wrote to Hogan that she “ran for office in 2016 for many reasons, but primarily because of the opioid epidemic.”

“This issue is extremely personal for me,” she wrote. “I lost my lifelong best friend to a heroin overdose in 2016.”

Since her election, Keller has been one of Maryland’s leading municipal officials in bringing awareness to opioid addiction and treatment. The lifelong Hagerstown resident and mother of one recently helped organize a successful regional opioid summit that was held in Hagerstown.

Keller was also instrumental in launching Washington Goes Purple, a Washington County initiative that helps educate youths about the dangers of opioid abuse and prescription drugs.

In October, Keller, 32, was named by The Daily Record in Baltimore as one of Maryland’s “leading women.”

Hogan credits Schuh’s administration for the Safe Stations program, an initiative that allows for county residents to visit their county police and fire departments to get help and resources for their addiction.

Schuh and his administration are also responsible for launching the initiative “Not My Child,” a program that involves local schools and churches educating county residents on addiction and the dangers of opioids.