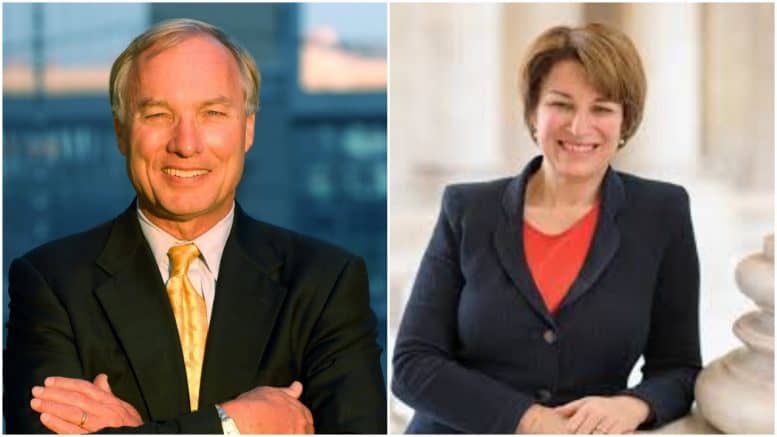 “Thrilled to let everyone know that I am supporting Senator Amy Klobuchar for president. In a field with several capable and accomplished candidates, I believe that she stands apart,” Franchot wrote.

Klobuchar’s surprise third-place finish in the New Hampshire Democratic primary was bolstered by her strong debate performance at St. Anselm’s College in Manchester. She announced Sunday on ABC’s “This Week” that her presidential campaign raised roughly $12 million online in the last nine days.

A self-described fiscal moderate and social progressive, Franchot shares with Klobuchar a moderate-leaning appeal among their collective voting bases. Klobuchar and Franchot are both known to tout their crossover appeal to moderates, centrist-leaning Democrats and even some Republicans.

“She is focusing considerable attention on many of the issues I personally care a great deal about and have supported here in Maryland. Such as rebuilding our country’s failing network of highways, bridges, levees, ports and transit lines. Making it easier for kids from working-class families to attend community college and achieve that first step to good-paying, family-supporting careers,” Franchot wrote.

U.S. Rep. John K. Delaney (D-Md.) bowed out of the presidential contest on Jan. 31 after a series of national polls showed the former Maryland congressman registering only one or two percent among voters.

Franchot and Delaney both reside in Montgomery County and both men are viewed by most voters as moderate or centrist-leaning Democrats, though Mr. Franchot did not endorse Delaney’s longshot presidential bid.

Earlier on in the presidential contest, Franchot had flirted with endorsing U.S. Sen. Kamala D. Harris (D-CA). Harris ended her presidential campaign on Dec. 3 after months of failing to lift her candidacy from the bottom of the field.

On Klobuchar, Franchot says that he’s looking for the candidate who is best suited to beat Donald Trump, and for a president who will work hard to achieve our national priorities in a sensible, results-driven manner.”

“I believe Senator Klobuchar is that candidate,” Franchot wrote, “and I look forward to rolling up my sleeves and helping Amy win the Maryland presidential primary on April 28.”

A Miner Detail was the first media outlet to report Franchot’s intentions to run for governor in 2022.

Booze Battle: Franchot, Kramer get personal over legislation that would strip comptroller’s office of regulatory authority