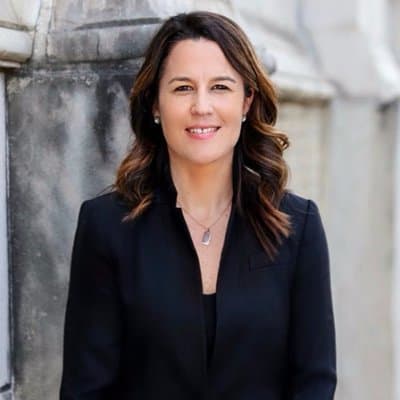 AMinerDetail.com is almost exclusively dedicated Maryland politics and news, but now and then a story is to be found in West Virginia with a Maryland hook. Let’s cross the border to visit West Virginia’s 2nd Congressional District.

A native of W. Va. – and the daughter of two public school teachers – Sergent’s website says she grew up in Huntington, graduated from Huntington High School in 1998 and went to college at the University of North Carolina at Chapel Hill.

The day after graduating college, Sergent started her career working for former U.S. Sen. Jay Rockefeller in his Washington office. After serving on Rockefeller’s staff, Sergent went to work for the U.S. State Department where she, according to her website, “worked with our embassies and non-profit partners around the world to fight human trafficking through public awareness campaigns.”

After leaving the DOS, Sergent moved to Atlanta to work at The Coca-Cola Company’s headquarters, where she helped the Coke brand work with communities as a “responsible business partner.”

In 2016, Sergeant returned home to West Virginia when she was appointed to serve as Hillary Clinton’s state director for her failed 2016 presidential campaign.

Donald Trump overwhelmingly crushed Hillary Clinton in West Virgina’s November 2016 general election – winning all fifty-five counties – with 68% of the vote to Clinton’s 26.5%. Trump’s electoral victory was the largest of any presidential candidate in West Virginia history.

While Mooney is a political transplant to WV-2, packing up his family in the spring of 2013 and relocating to the Eastern Panhandle to “live in freedom,” the two-term congressman quickly established himself in the deeply red Mountain State as a red-meat, Trump-supporting right-wing conservative.

His embrace of WV-2 values has paid large dividends.

Rumors are percolating that Mooney may be interested in running for higher office down the line. The Frederick Extra, run by Katherine Heerbrandt, published the following snippet on rumors of Mooney’s political future:

The Frederick Extra reported on Sen. Michael Hough’s (R-Dist. 4) new job as chief of staff with Rep. Alex Mooney (R-WV 2nd District) but now we are hearing something we put in the “kinda crazy, but these days, who knows?” category, will he soon be following his boss and long-time political pal to a condo in West Virginia? As in, is Rep. Mooney going for governor of the wild, wonderful state? With Hough as his lt. governor?

Sergent has her work cut out for her against the perpetually campaigning Mooney-Hough squadron; WV-2 isn’t exactly fertile ground for a Democratic pickup.

Could the seat flip? Will the people of 2nd congressional district turn their backs on the D.C. swamp? Do the people of the 2nd even care that Mooney is the textbook definition of a carpetbagger? Then again, West Virginia has unique history of electing out-of-staters to public office; look no closer than former Sen. Jay Rockefeller, Sergent’s first post-college boss.

Alex Mooney is a formidable and ambitious politician who, like Donald Trump, will say and do almost anything to win an election. But don’t ever bet against a strong and determined woman. It never ends well.

Alex Mooney’s brother, Pat, is running for Congress in Florida