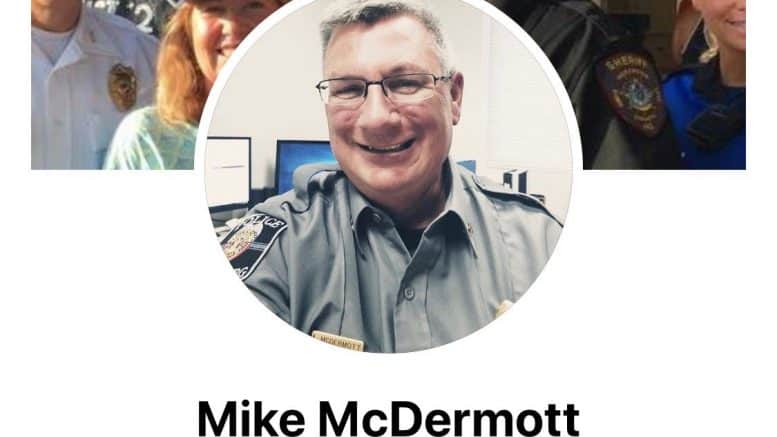 Federalsburg Police Chief Michael A. McDermott on Sunday wrote on Facebook that he agrees with President Donald J. Trump’s Sunday-morning tweets that called on four minority Democratic freshmen congresswomen to “go back” to their “totally broken and crime infested” home countries and fix what is broken.

Rep. Ilhan Omar of Minnesota was born in Mogadishu, Somalia. Omar and her family fled Somalia when she was a child during the country’s civil war; she became a U.S. citizen as a teenager.

McDermott’s comments, which he later deleted after being criticized, were shared on a Sunday Facebook post that was published by former Md. state Del. Aruna Miller, in which Miller wrote, “Congresswoman Ocasio-Cortez, Tlaib, and Pressley were all born in the USA. Congresswoman Omar has been a U.S. citizen for 19 years, six years longer than Trump’s wife. What an ignorant person you are, Donald Trump.”

Miller – who was born in India and emigrated to the United States at the age of eight – shot back at McDermott, asking if he could “define what behaving like an American means.”

McDermott deflected, launching instead into a partisan attack.

“Interesting how behaving like an American must be defined for those on the left…while those on the right can identify it immediately.”

When questioned again on his comments, McDermott, a conservative Republican, channeled Trump, doubling down on his attacks on Democrats, “leftists,” and the media.

“You all are suffering from TDS,” ostensibly referring “Trump Derangement Syndrome,” a common trope used by Trump’s base in a way to chastise the president’s detractors.

Pressed again by A Miner Detail Editor in Chief Ryan Miner to clarify his comments, McDermott attacked the media as following a “communist playbook.”

“The left has always been the enemy of the 1st Amendment…you simply do not believe in free speech that is purely American in nature.”

McDermott repeated that he agreed with the president’s tweets targeting the four minority congresswomen.

McDermott, 57, is a 37-year law enforcement veteran. He was appointed last November to head the town’s police department.

The town’s manager, Shirley A. Greene, also did not respond to A Miner Detail’s two phone calls seeking comment.

McDermott, when reached on Sunday evening, did not respond to a request for comment.

Maryland Democratic Party Chairwoman Maya Rockeymoore Cummings released a statement on Monday calling on Gov. Larry Hogan, a Republican and a Trump detractor, to “stand for Maryland’s diverse residents by standing against” the president’s “bigoted language.”

McDermott served a single term in the Maryland House of Delegates, representing District 38B from 2011 to 2015. He gave up his House seat in 2014 to run against former state Sen. Jim Mathias, a Democrat, in District 38.

Prior to serving in the House of Delegates, McDermott served as mayor of Pocomoke City.