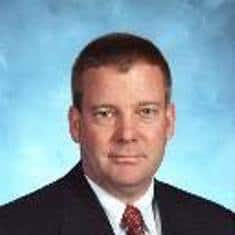 After minimal internal deliberation and nearly two months of dragging its feet, the majority faction of the Washington County Board of Education – led by Melissa Williams and Stan Stouffer – has reportedly settled on Dr. Boyd Michael, Washington County Public Schools’ deputy superintendent, to serve as the school system’s interim superintendent of schools until the farce of a search process is announced and subsequently concluded.

Superintendent Clayton Wilcox tendered his resignation on December 13 of last year and announced his imminent departure from Washington County Public Schools to lead the Charlotte-Mecklenburg school system beginning in July 2017.

Sources who are familiar with the process to replace Clayton Wilcox claim that Williams, Stouffer, Harshman and Guessford are pushing to abandon a national superintendent search in favor of offering Michael the job of superintendent before June 30.

However, if the Board does decide to conduct an external search, sources report that certain Board members are pushing for Michael to serve in the interim superintendent role for at least one year – or until the Board majority finds a suitable superintendent candidate to replace Wilcox.

So there you have it: the Board majority – led by the bedraggled Williams and Stouffer – are running a ruse on Washington County, delaying a national search only to tell residents later that, after serious consideration and without external or community input, Boyd Michael is the Board’s choice to replace Clayton Wilcox.

The Maryland Association of Boards of Education can certainly assist Washington County’s Board of Education with resources in conducting a national search, but will Board president Melissa Williams accept MABE’s assistance? Just wait and find out.

No offense to Boyd Michael – who I find to be a decent person – but if Williams, Stouffer, Harshman and Guessford choose to opt out of a national search and fail to offer the most qualified superintendent candidate the gig, you will witness an unimaginable travesty  – an education miscarriage and an unmistakable disservice to students, teachers, and all school system employees alike.