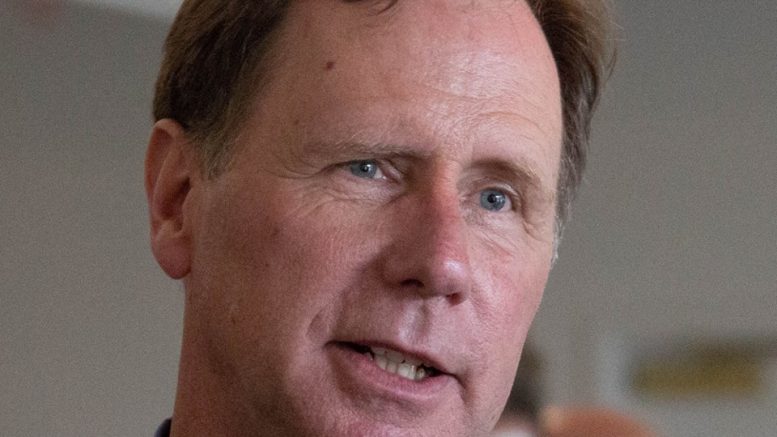 Pittman, a Democrat, posted to Facebook on Sunday morning in reaction to an Annapolis rally held Saturday in support of gun violence prevention.

Saturday’s gun violence awareness event was organized by the local group Moms Demand Action for Gun Sense in America, a grassroots movement founded in the aftermath of the 2012 Sandy Hook Elementary School shooting in Newtown, Connecticut.

Pittman, 57, who attended yesterday’s rally and was joined by other Annapolis officials including Mayor Gavin Buckley, declared through his Facebook post that “Americans support our global arms control agreements because we know that the weapons are what make wars deadly.”

“Americans will also support arms control domestically, because we know that the weapons are what make animosity among humans deadly,” Pittman wrote.

“Andrea Chamblee reminded us yesterday of the very purpose of the United States Constitution: justice, domestic tranquility, general welfare, and of course liberty.”

Chamblee has become one of Maryland’s leading gun violence prevention activists in the aftermath of her husband’s murder. She testified on a number of gun-related bills throughout this year’s 90-day legislative session.

“Thomas Jefferson and George Mason, the very people who wrote the Second Amendment into the US Constitution calling for a well-regulated militia, went home to their states to describe what that state militia would be. Jefferson and Mason said it would be well regulated, with required training, and would be dismantled in times of peace because armed citizens at peace time is dangerous. They were right.”

Chamblee joined A Miner Detail Podcast in February, discussing her testimony before the Senate Judicial Proceedings Committee in support of legislation that would close the gun show loophole and document other points of sale.

Pittman went on to write that the “Second Amendment was drafted not to guarantee individuals the right to carry arms, but to convince delegates from states who did not share a loyalty to our young country that they would maintain autonomy. It allowed them to organize state militias as a defense against the United States of America.”

Pittman was elected last November and is serving his first term as county executive.