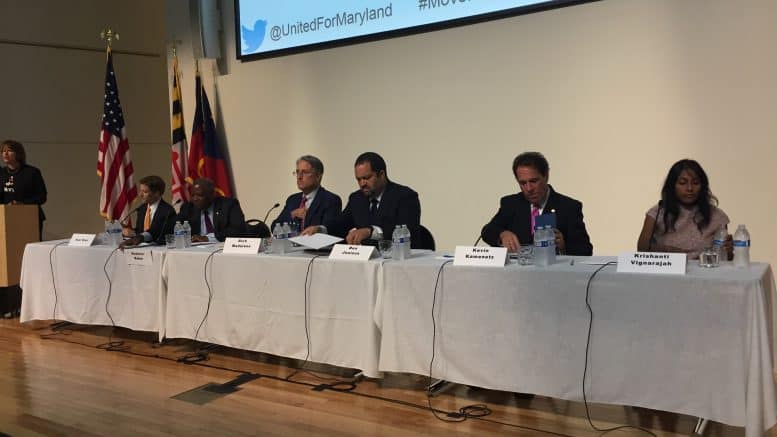 Dr. Maya Rockeymoore Cummings, who entered the race this past Thursday, and Jim Shea were unable to attend because of previous engagements.

Nearly 300 people turned out on Saturday to hear from and meet with the six gubernatorial candidates.

Rep. Jamie Raskin (D), a progressive hero in Maryland politics, concluded the forum by giving a riveting speech about progressive activism at the federal level and spoke about the opposition to President Donald J. Trump.

A Miner Detail captured video of the forum.

Be the first to comment on "[VIDEO]: United for Maryland Gubernatorial Candidates’ Forum"