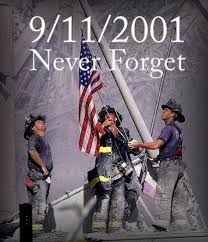 15 years ago I was a 15-year-old Williamsport High School student. It was like any other September school morning: I woke up at around 6:00 a.m., got dressed and waited for my buddy, Rhett, who was one year ahead of me in school, to pick me up and drive me to school in his sturdy but dated Volvo. We arrived at school an hour early, before 7:30 a.m.; we both played in the Williamsport High School Jazz Band. Nothing was out of the ordinary that morning. It was an unusually warm day for September, I remember.

The first bell invariably rang at 8:30 a.m. We had 15 minutes to visit our lockers, grab our books, and arrive on time at our first mod class by 8:45 a.m. My first class of the day was the dreaded Geometry. My teacher, the inimitable Susan Kaltenbaugh, a mathematical genius, is memorable in that she was and probably still is a tough but fair teacher. (Mrs. Kaltenbaugh once told me that I could have a career in public speaking or possibly something where I use my voice. A career in math, however, probably wasn’t in my near future. I will always remember how she encouraged me.)

56 minutes later at 9:59 a.m., still sitting in my high school Geometry class, the abject horror of the day only got worse: the South Tower literally crumbled down as an aghast nation watched in categorical dismay.

Our classroom still had no idea that the world changed in the intervening moments. We had no idea that at 9:17 a.m the Federal Aviation Administration shut down all New York City area airports. We didn’t know that at 9:21 a.m the Port Authority of New York and New Jersey ordered all bridges and tunnels in the New York area closed. We didn’t hear President Bush’s 9:30 a.m speech in Sarasota, Florida, announcing on live television that our country had suffered an “apparent terrorist attack.” We didn’t know that at 9:40 a.m the FAA halted all flight operations at U.S. airports, the first time in U.S. history that air traffic nationwide had done so.

Geometry class was over at 10:15 a.m. In 90 minutes, our country, the United States of America, our way of life, our freedoms, our culture, were (and to this day) under attack. In those 90 minutes, as I sat inside of a classroom – completely oblivious to all that was happening on that sunny September morning –  our nation would irrevocably change. And I had no idea what was happening.

I left Geometry class, walked up the stairs, headed down the hallway and arrived at German class. I walked into a somber setting. My teacher, Jay Nase, otherwise known as “Herr Nase,” moved his classroom television to the front of the room. The TV was turned to a news program. Mr. Nase shared the news of the last 90 minutes. No German lessons would be given on that day. Our classroom watched in silence the continuous news reports arriving out of New York, Washington, and Pennsylvania. I can remember my classmates and I sitting inside our classroom completely silent. That eerie silence was deafening. I had no words. At the time, I did not understand what was happening or why it was happening.

Then, at 10:28 a.m., my Williamsport High School German class watched in real-time the North Tower of the World Trade Center collapse. I don’t know whether the shock prevented me from expressing any emotions, but I do remember I put my hands over my face, bowed my head and said a prayer. I wasn’t a particularly religious person, but praying seemed like the only thing I could do as I watched in fear the dastardly events that would forever change our country.

Later that morning an announcement was made over our high school’s loudspeaker. We would be leaving school early, at noon; after all, we were only an hour’s drive from Washington, D.C. and none of us knew what was in store for the rest of the day. My friend, Rhett, drove me back to my parent’s home in Halfway. I called my mom and dad and let them know I was at home. I called all four of my grandparents and tried to make sense of the attack.

I sat in front of the TV for the rest of the day watching the news coverage. I remember using the internet to read as much information as I could and printing out news article after news article about the deadly attacks. I wanted to make sense of what was happening. I remember later that night watching President George W. Bush’s Oval Office address. His remarks, I remember, were grave and somber, but reassuringly full of resolve.

On this solemn day of darkness, no words will come to close to beguile the grief of the loss that our nation overwhelmingly suffered and continues to suffer.

America’s resolve was tested. Our way of life and our freedoms were attacked. But we endured – because that is just what Americans do. We stood together on that day as one.

Evil will never prosper. We are united in our resolve for peace and justice, and today, I remember our first responders, our police officers, our firefighters, the countless men and women who committed untold selfless acts, and the men and women who, in the aftermath of the attacks, served in uniform to defend our liberties abroad.

None of us will ever forget that dreadful day. We go forward to defend freedom and liberty and all that is good and just in our world.

America is that shining city on a hill; we are, as President Lincoln once said, the last, best hope of earth.