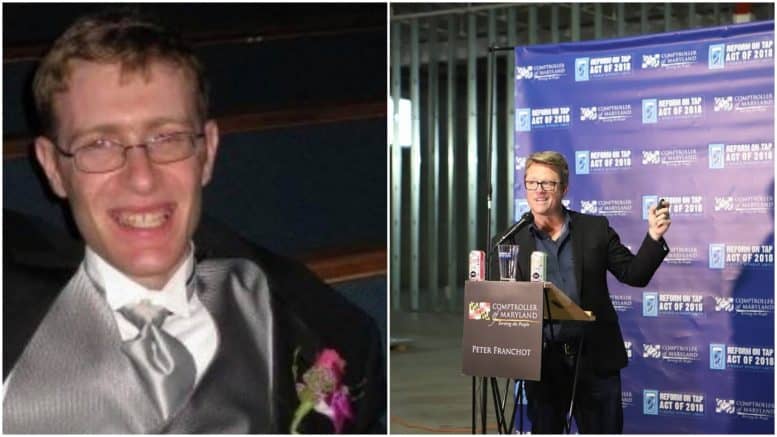 In an effort to recruit Pinksy, the chairman of the Senate Education, Health and Environmental Affairs Committee, to join a weekly Annapolis podcast this Wednesday, A Miner Detail Editor in Chief Ryan Miner visited the longtime state legislator’s Annapolis Senate office on Monday afternoon.

Miner introduced himself as media to the staffer seated near the front entrance of Pinksy’s office and requested to speak with whoever controlled the senator’s schedule.

Ian Ullman emerged from the back of Pinksy’s office, introducing himself as Pinsky’s legislative aide.

Miner explained to Ullman the details and logistics of the weekly podcast he co-hosts.

This week, Miner and his co-host will cover SB 128, a bill that Pinsky and Sen. Nancy King (D-Montgomery) introduced to allow the state’s 24 local school boards to take control over their school calendars.

After a brief preamble about the podcast’s show details, Miner told Ullman that Len Foxwell, Franchot’s chief of staff, was the second invited guest to join the Wednesday-evening show, which is recorded at Harry Browne’s Restaurant.

Ullman told Miner that Pinsky may not have much else to say about SB 128 because “he said what he had to say during his testimony before the Senate’s Education Health and Environmental Affairs Committee last Wednesday.”

The comptroller’s office is opposing Pinsky’s bill, and last Wednesday, Foxwell testified against the senator’s legislation during an afternoon hearing before the Senate Education committee that Pinsky chairs.

Foxwell points out that the governor’s executive order polls high among Marylanders and promotes small businesses to the end of Maryland’s summer season.

Pinsky apparently was not aware of the incident, emailing Miner on Monday night that he assumed his aide’s comment was made off the record and “was a result of immense pressure due to the introduction deadline.”

Upon entering Pinsky’s office, Miner established himself as media and made no agreement to speak off the record with any member of Pinsky’s staff, nor was an off the record conversation requested by Ullman at any point throughout the brief exchange.

When reached for comment, Foxwell told A Miner Detail that he “Never met the guy [Ullman] and have never even heard of him before now.”

“I do like Paul Pinsky and have always respected him a great deal, even though I don’t always agree with his policy positions.”

“I apologize for my remark. I was running my mouth and I don’t believe I have actually met Mr. Foxwell. Ian”