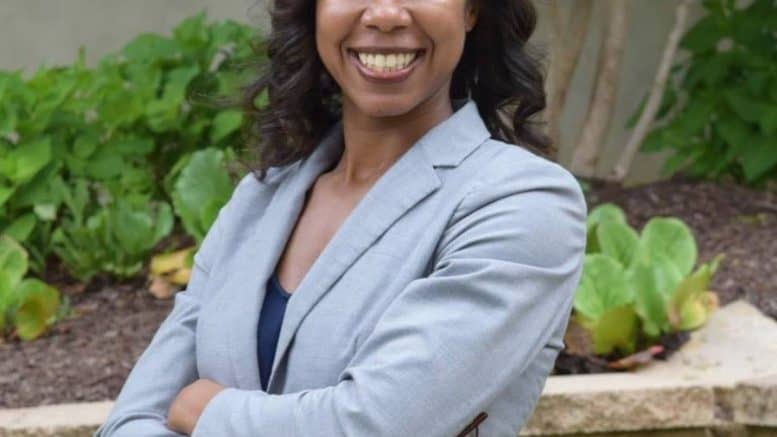 A U.S. Naval officer will soon announce that she is entering the Democratic primary in Maryland’s 4th Congressional District, becoming the first Democrat to take on incumbent Anthony Brown in the 2018 congressional midterm elections.

Thereasa Marie Black, 30, of Upper Marlboro, Maryland, filed FEC form 1 – a Statement of Organization that allows federal candidates to open a campaign committee – with the Federal Election Commission on June 1.

Black’s Statement of Organization form lists her political party affiliation as Democrat as well as her intention to run for Congress in Maryland’s 4th Congressional District. The form also lists an Upper Marlboro post office box as the committee’s designated address.

Black already has an established campaign website. Her listed bio says she is running for Congress “because the 4th District has not been represented with an equal voice in Congress and I want to give you back what so many have fought and died for. “

Black’s website also states that she is a “Camden, New Jersey native who was raised in Lebanon, Pennsylvania by a single mother.”

Soon after graduating college from Temple University in Philadelphia, Black’s website states that she commissioned in the U.S. Navy as a “Surface Warfare Officer,” where she served as the Commanding Officer’s representative, driving and commanding both an aircraft carrier and a LHD Amphibious Assault Ship as the Officer of the Deck.”

After leaving active duty in the Navy, Black joined the Navy Reserves to attend law school at The George Washington University in Washington, D.C.

According to Black’s LinkedIn page, she enrolled as a law student at The George Washington University in August 2014, describing herself as “an aspiring lawyer, looking to specialize in immigration or family law.” Black’s campaign website further states that she is a law school graduate and a “Presidential Volunteer Service Award recipient.”

Maryland’s State Board of Elections website currently lists no filed candidates – Democrat or Republican – to run in District 4, including Anthony Brown, the district’s incumbent Democratic representative.

Anthony Brown – a former Maryland lieutenant governor under Gov. Martin O’Malley who lost to Larry Hogan in the 2014 gubernatorial election – defeated five other Democratic candidates on April 26, 2016, in a six-way Democratic primary. The former lieutenant governor went on to defeat Republican George E. McDermott by a resounding 74% in the November 2016 general election.

I sent the following email to Ms. Black on Friday, June 2, after discovering her FEC Form 1 on the FEC’s website:

I was scrolling through the Federal Election Commission’s website today and saw that you recently filed FEC Form 1 – a Statement of Organization –  to run for Congress in Maryland’s 4th Congressional District.

I am interested in learning more about your candidacy.

Black responded to my email later that evening, writing,

As you know, Maryland does not have a female representative in Congress though over half of its population is made up of women.  Many organizations have been very encouraging towards potential politicians who are young females and have created a number of programs to train them to run for office.

I believe that the Democratic Party is encouraged that women are challenging the male dominated political arena and that a young voice is speaking up for a generation that was very disappointed after the last election.  I have not yet gotten the support of any local Democratic officials or elected officials, but I have not yet had the opportunity to meet with them.

I anticipate that this weekend will be the initial test to determine where the local Democratic Party stands as I have two gatherings scheduled and will be in attendance at the Resistance Summer event on Saturday.  I anticipate that my bid will largely be a grassroots campaign. I do not expect that Democratic Party officials will publicly support either candidate prior to the primary election.

I will be issuing a press release and announcing my bid in the coming weeks.  I’m not sure if you’ve visited my website, but you can find it at www.votetblack.com.  If you have any more questions I would be happy to answer them.

A GoFundMe page has been created in support of Ms. Black’s congressional campaign. According to the page, Black has raised $1,375 since last month.

I emailed a request for comment to Rep. Brown’s senior staff. For more information about Maryland congressional elections, please continue to follow AMinerDetail.com