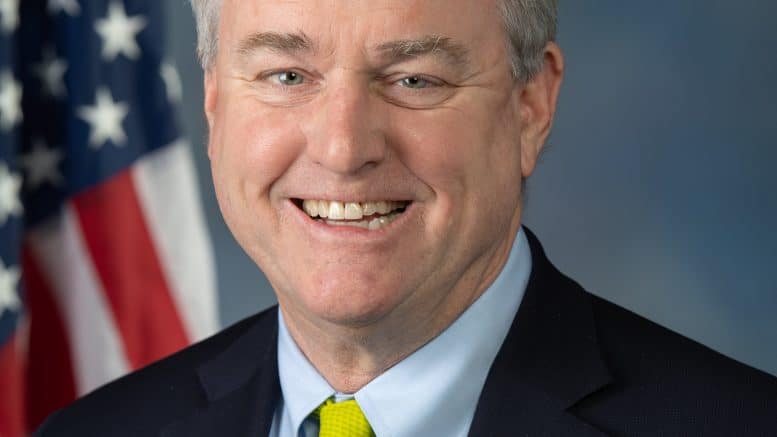 A number of sources close to U.S. Rep. David J. Trone (D-Md.) say the first-term congressman is already eyeing an exit from Washington, setting his sights instead on Maryland’s wide-open 2022 Democratic gubernatorial primary.

Two sources close to Trone who requested not to be named in this report confirmed that the freshman congressman is making moves to launch a 2022 gubernatorial campaign.

Trone announced in a late-January email to supporters that he would seek re-election in Maryland’s 6th District, a heavily gerrymandered district encompassing all of Garrett, Allegany and Washington Counties and pieces of Frederick and Montgomery Counties.

A multimillionaire alcohol mogul from Potomac, Trone is expected to dump millions of his personal fortune into a gubernatorial campaign, sources say. Trone spent nearly $30 million of his own money between two back-to-back congressional races in 2016 (the 8th District; Trone was defeated in the primary) and 2018 (the 6th District).

Trone spokeswoman Hannah Muldavin, who is handling Trone’s official congressional and campaign communications, did not deny or confirm Trone’s future political plans in a Feb. 4 phone call with A Miner Detail.

Trone was recently spotted in a meeting with former Republican Anne Arundel county executive Laura Neuman, who is believed to be on Trone’s shortlist for running mates, according to sources familiar with Trone’s plans.

Neuman in 2014 was defeated by former County Executive Steve Schuh in a bitter Republican primary, in which Schuh personally attacked Neuman and weaponized family members against her.

Neuman has since left the Republican Party.

“It was a pleasure to meet Congressman Trone recently,” Neuman wrote in a brief Feb. 3 text message exchange with A Miner Detail.

Neuman denied discussing with Trone any plans of him running for governor or joining his gubernatorial ticket as his lieutenant governor running mate, as a number of sources have suggested.

“We covered a range of issues in our discussion but that [a gubernatorial ticket] wasn’t one of them,” Neuman said

Muldavin on Feb. 4 confirmed Trone’s meeting with Neuman but reiterated that “he didn’t say anything about a future governor’s race to her.”

“He is focused on helping his constituents in the 6th District which, as you mentioned, Western Maryland, that maybe have been left behind in the past. That is really his focus,” Muldavin said.

Maryland Comptroller Peter V. R. Franchot (D) announced in January that he is officially running for governor, becoming the first Maryland candidate of either political party to publicly announce their 2022 political intentions.

Franchot, a self-described fiscal moderate and social progressive, has nearly $1.6 million in the bank and has assembled a diverse coalition of supporters throughout the state. He earned the most number of votes among any Maryland statewide candidate in the 2018 general election.

Trone won his race to succeed former Rep. John Delaney (D-Md.) in the U.S. House of Representatives in November 2018, defeating Republican Amie Hoeber in the general election and earning nearly 60 percent of the vote.

With Delaney suspending his presidential campaign in late January, Trone, according to Muldavin, is watching the presidential race closely but has not publicly endorsed a Democratic contender.