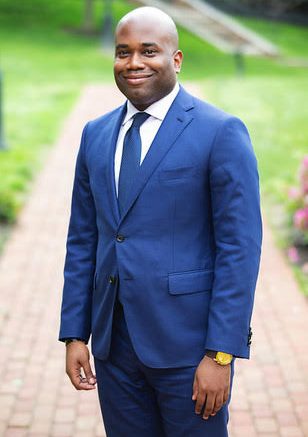 Coming into his fourth year at Alexander & Cleaver, government relations executive Davion E. Percy was due for a promotion.

Since joining the firm, Percy, according to a news release, “has demonstrated exemplary leadership” and has provided “strategic advocacy on behalf of its clients while leading the government relations team through the 2019 legislative session.”

“I am extremely grateful for the opportunity to lead the Alexander & Cleaver’s Government Relations Team,” Percy said. “We have come a long way in the last year, with many successes to be pleased about. I am excitedly optimistic about where the firm is headed. Our team is dedicated, talented, and well equipped to move our clients forward and to continue to be a powerhouse firm in Annapolis.”

Percy’s government relations team, the release says, has secured over $44.6 million in capital and operating funding for its clients during the 2019 legislative session. The team further advocated on behalf of legislative matters related to transportation laws and retirement benefits for public safety employees, education policy and public health. Moreover, Percy was a key player in shepherding the lobby shop’s expansion into Baltimore City. In June, A&C opened a City office on East Pratt Street.

“Gary and I are proud of the continued exciting developments happening in Annapolis. We are honored to have Davion Percy as Vice President of Government Relations,” stated James A. Cleaver, President and Founder Partner, Alexander & Cleaver, PA. “We’re continuing our reputation as a premier lobby firm and ensuring continued client representation that is second to none.”

Alexander & Cleaver was founded in 1985 by Gary R. Alexander and James Cleaver.