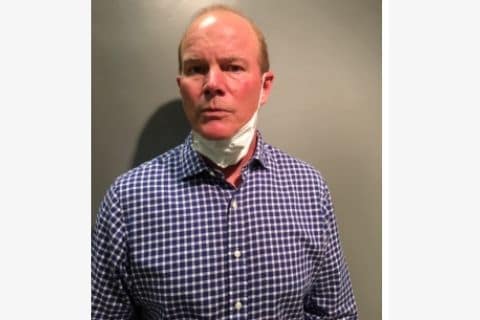 5 Things to Know About Anthony Brennan, the Kensington man charged with assaulting at least three people on the Capital Cresent Trail

Anthony Brennan III, 60, of Kensington, Maryland is the cyclist who was arrested and charged Friday on three counts of second-degree assault after cell phone video captured him grabbing a woman while she posted fliers along the Capital Cresent Trail in Bethesda, Maryland.

Brennan was charged by the Maryland-National Capital Park Police after a video was posted to social media that was viewed millions of times over the last few days.

The video showed Brennan assaulting at least three people along the trail, who were placing posters along the trail in protest of George Floyd’s death. 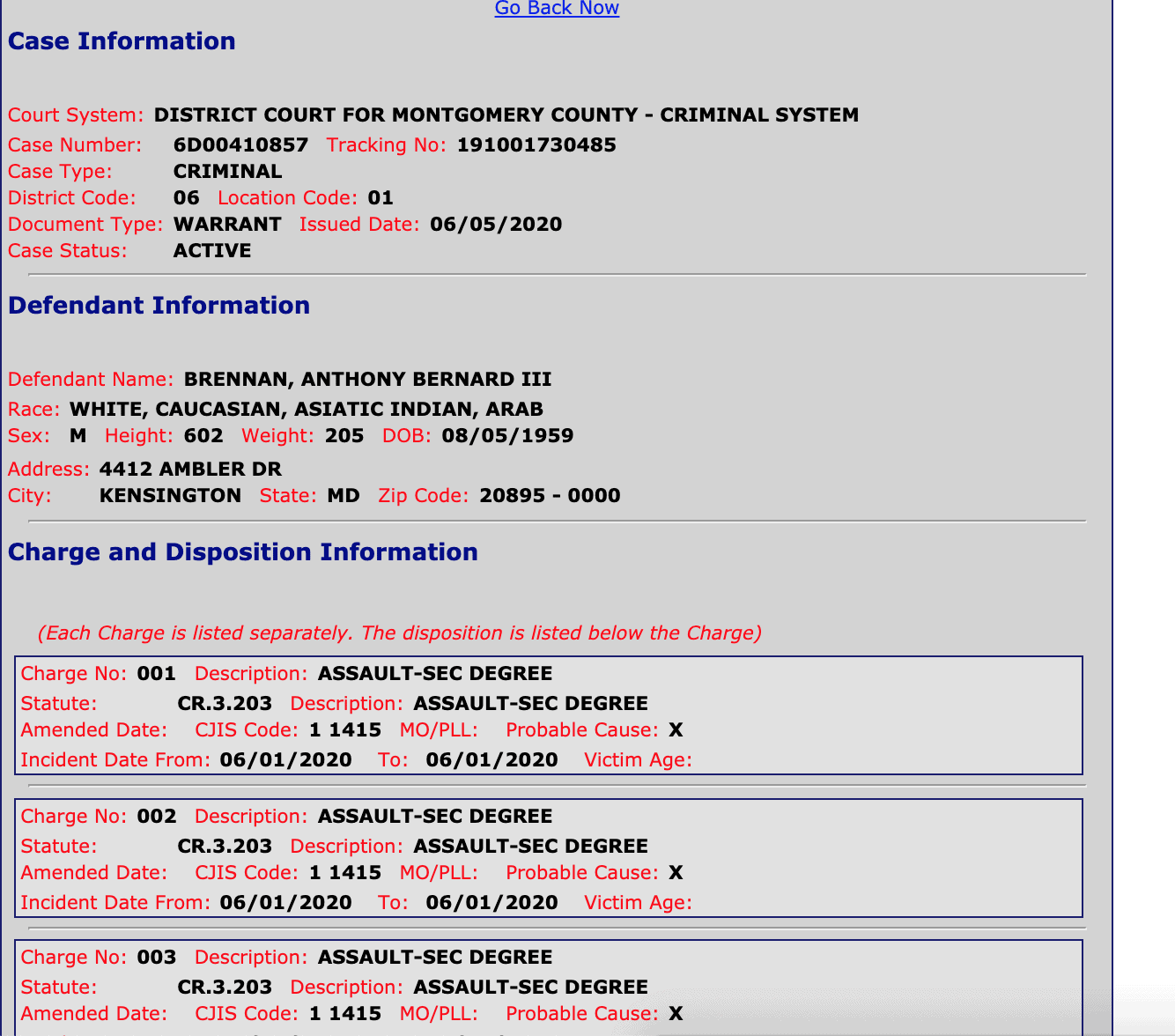 2) Brennan admits to the assault and apologizes to the victims

On Friday night, Brennan’s attorneys – Jezic and Moyse – released a statement on behalf of Brennan, in which Brennan apologizes for the assault.

It reads, in part:

“Anthony Brennan recognizes that his outrageous behavior toward the young adult victims on the Crescent Trail was unacceptable and wrong. The outrage felt in our community and across our country is completely justified.

“Mr. Brennan understands that his apology will not be enough to right his wrongs:”

Brennan expressed remorse for his actions, directly addressing the victims whom he assaulted.

“I am sick with remorse for the pain and fear I caused the victims on the trail, and online.”

He said he is “cooperating fully with authorities and is committed to making amends” by addressing “the underlying issues” that led to his “abhorrent behavior.” Brennan said he will seek counseling.

Brennan said he is “dedicated to working with the Montgomery County State Attorney’s Office to provide peace to our community and justice to the victims in the video, as well as to all victims of racism and police brutality.”

Bethesda Magazine was the first media outlet to report Brennan’s statement, which was released by his attorneys.

A LinkedIn profile listed under “Tony Brennan” was deleted prior to Brennan’s arrest Friday.

Brennan’s LinkedIn profile listed him as an “Executive VP” with MadeToOrder, a California-based company specializing in the “creative sourcing and sales of branded products through the development of long-term customer relationships,” according to the company’s website. 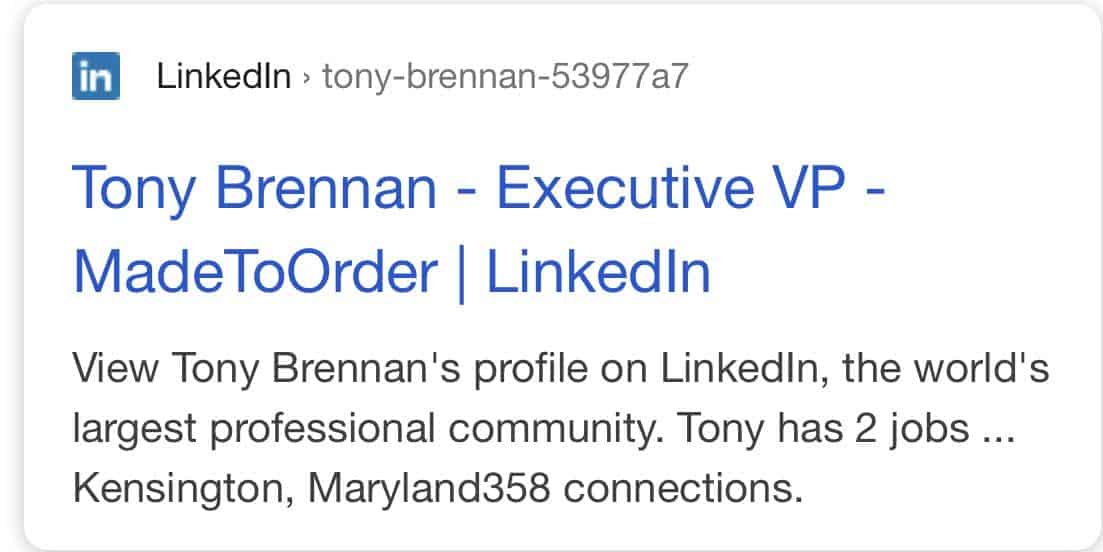 Upon learning that Brennan was responsible for the Bethesda assault, MadeToOrder immediately terminated him.

“MadeToOrder has zero tolerance for this behavior, and we took immediate and decisive action, terminating the employee. This behavior does not, in any way, reflect our company’s commitment to acting with respect and compassion to everyone without our company and those in our communities,” the state read, in part. 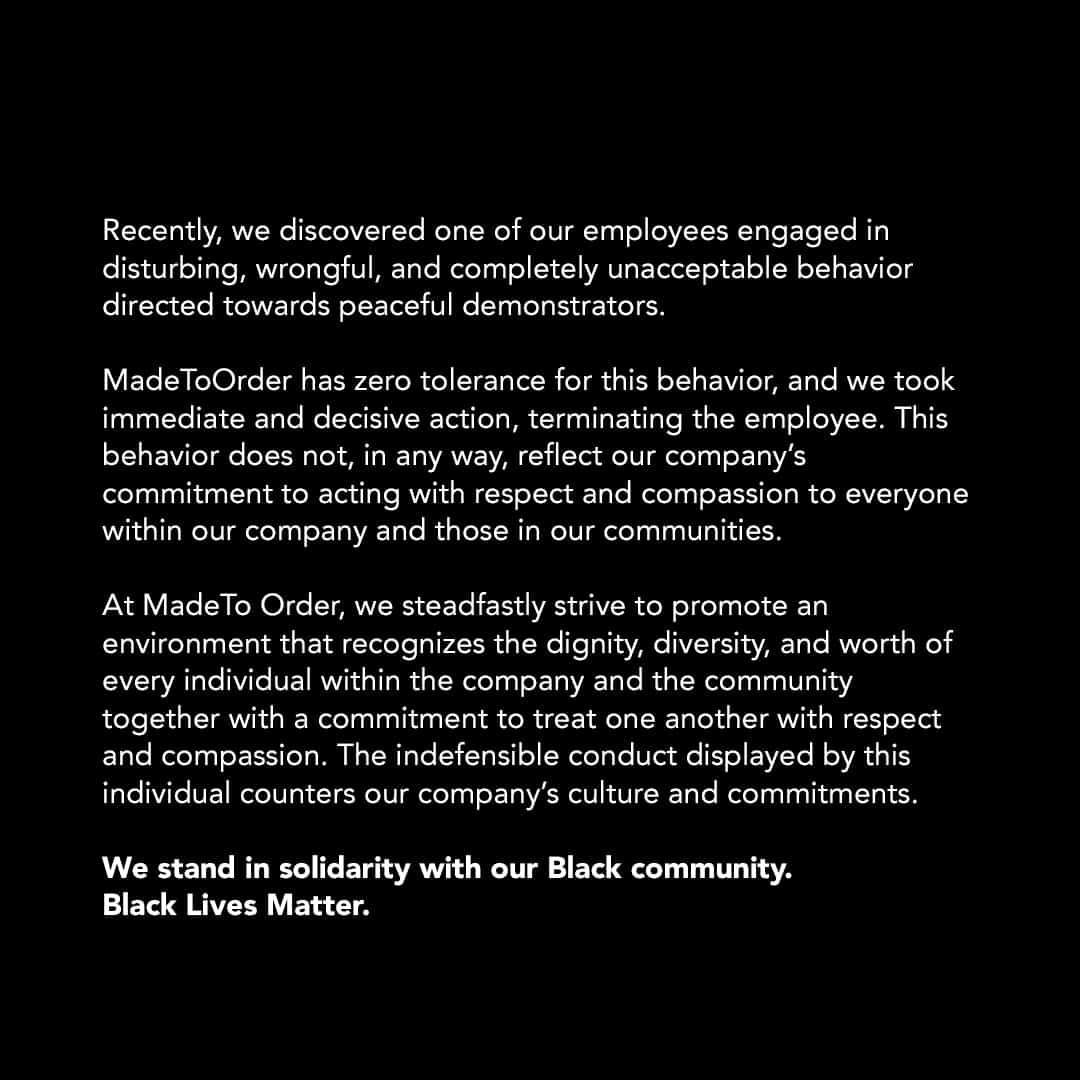 4) Brennan’s past brushes with the law

Brennan was criminally charged in Montgomery County, Md. in Dec. 1992  for possession of marijuana, though he was not prosecuted or convicted for the offense.

This case was listed as “Nolle Prosequi” and was disposed of in Feb. 1993.

In Maryland, a state’s attorney may terminate a prosecution on a charge and dismiss the charge by entering a nolle prosequi on the record in open court. 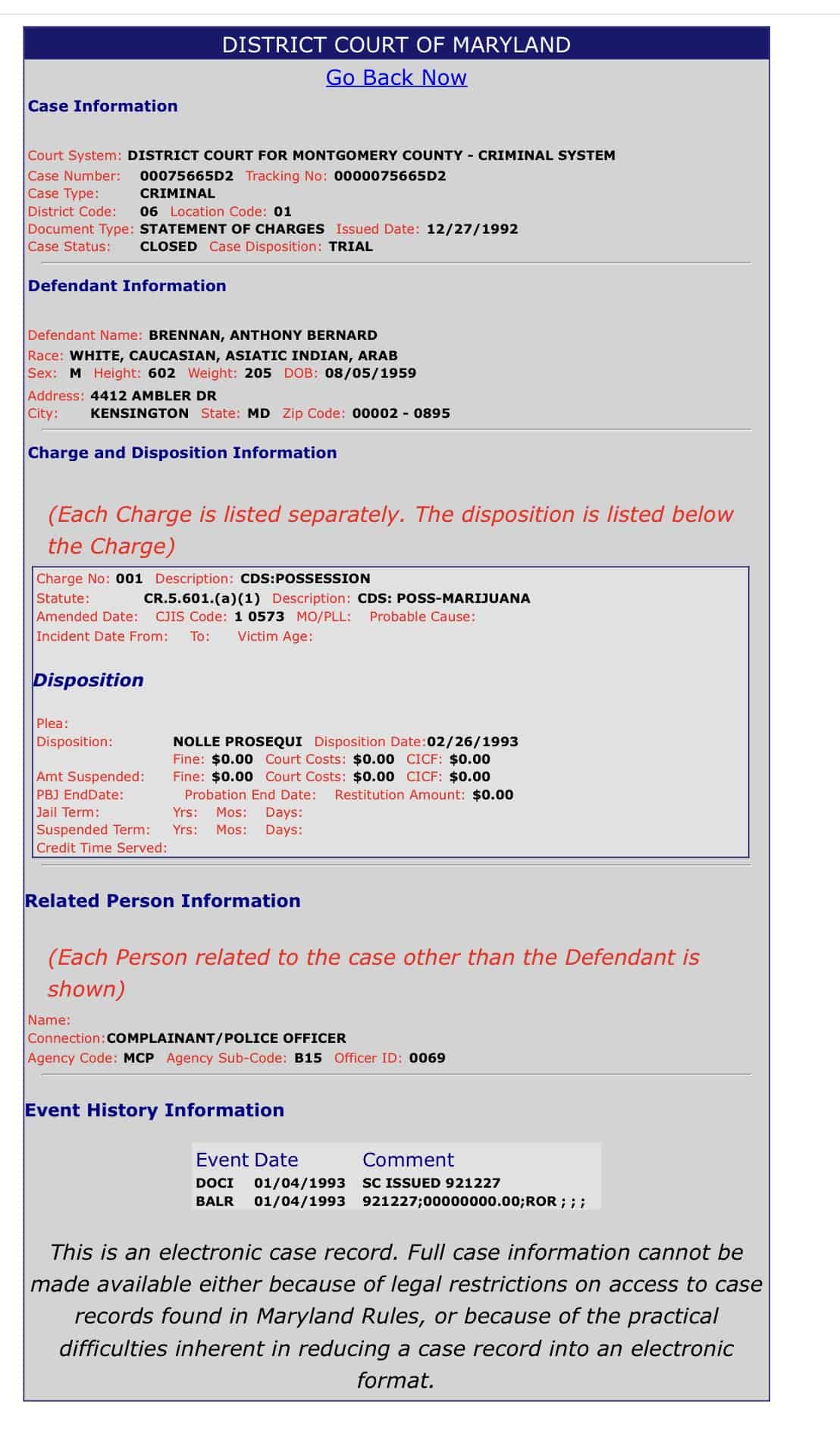 Brennan was charged with an offense in Aug. 1990 in Benton County, Oregon, according to a background check conducted by A Miner Detail late Friday.

The case was disposed of in August 1993.

According to WTOP, the Maryland National Capital Park Police contacted Brennan through his lawyer and arranged for him to turn himself in Friday.

“With consent, Brennan allowed his home to be searched and investigators seized a bicycle and bicycling clothes as evidence.

A consensual search of Brennan’s home and other locations turned up his bicycle, helmet, and other items seen in the video.

A search warrant was executed and items were found which are consistent with what was seen on the video,'” said Ramon Korionoff, spokesman for Montgomery County States Attorney John McCarthy.’”

Brennan was released on a $5000 unsecured personal bond early Saturday.