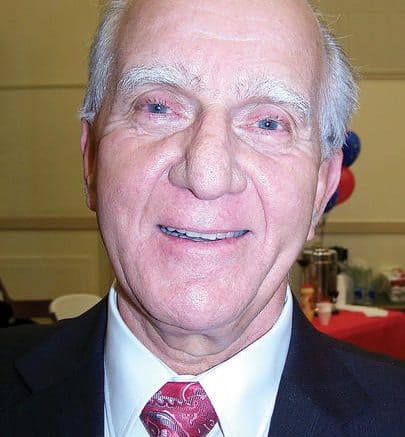 A former Hancock town councilman was recently asked to leave the Harvest of Maryland LLC property,  Hancock, Maryland’s newly-constructed medical cannabis dispensary, according to several sources who witnessed the incident.

Last week, Nigel Dardar, a former Hancock town councilman who was handily defeated earlier this year in the Town’s mayoral election, is said to have parked his vehicle outside of Harvest’s locked gate, adorned with a “No Trespassing” sign, and entered the property. The site is still under general construction and is expected to be completed sometime soon.

Sources claim that Dardar, who is on the record as opposing the medicinal marijuana facility operating in Hancock, was immediately confronted by Harvest employees upon entering the property. Harvest employees reportedly told Dardar that he was trespassing on private property and further questioned Dardar’s motivations for being there.

Dardar reportedly verbally brandished his credentials, exclaiming, “You should know who I am,” and went on to claim that he represents the Town in some capacity. Dardar also told Harvest officials that the Town’s government is “crooked.”

Dardar then reportedly told Harvest officials that he came to inspect the facilities and to “introduce himself.” He claimed that “his taxpayer dollars allows him to be there.” Harvest employees explained to Dardar that he was trespassing on private property and asked him to leave the area.

Sources described the former town councilman departing Harvest property saying, “it would be a shame if this place burnt down,” in an apparent veiled threat.

When reached for comment yesterday, Hancock Chief of Police Rich Miller confirmed that an incident had occurred involving Dardar and Harvest officials. Miller said Harvest officials quickly alerted him to the incident but that Dardar left without Hancock police escorting him from Harvest property. No police report was filed, according to Miller.

Dardar has failed to respond to my requests for comment.

According to sources, photographs were apparently taken of Dardar confronting Harvest officials; however, A Miner Detail has been unable to obtain copies of said photos.

This isn’t Dardar’s first run-in with Town officials and Town residents. Dardar, who served as a campaign surrogate for Terry Baker’s 2016 campaign for Maryland’s 6th Congressional campaign, is a lightning rod in Hancock, often confronting the town council and the former mayor with accusations of corruption and cronyism.

Earlier this year in January, former Hancock Town Councilman Dennis Hudson joined A Miner Detail’s online radio show to discuss his personal interactions with Dardar. You can listen to the interview by clicking on the link below.

Please continue to follow AMinerDetail.com as more information on this story is discovered.