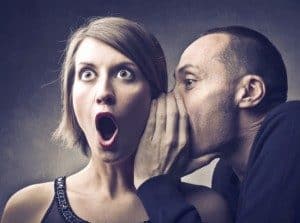 Warning: The following article is gossip. In no way whatsoever should this story be considered news. Sometimes we’ll report political rumors that interest us and make us laugh. In fact, I urge you to consume this article as entertainment and digest it with a grain of salt.

Occasionally A Miner Detail will hear a political rumor that piques our interest. In this case, we heard a rumor that we find interesting; therefore, we’ll mention said rumor in passing – not as news but as pure speculation and gossip. Don’t read into this at all. In fact, just stop reading now. Just kidding. Read on.

So here’s the rumor: a couple of Maryland Republican political operatives apparently believe or have heard that Dan Bongino, a former Maryland U.S. Senate and congressional candidate, is planning to move back to Maryland sometime in April in preparation for a second congressional run in 2018 for Maryland’s 6th Congressional District.

Does the rumor sound far-fetched? Yes, and I’ll tell you why:

Of course, I could have reached out to Mr. Bongino myself and asked him if the moving back to Maryland rumor is true. While I’m sure he would call me a coward and a “total zero” for not verifying with him personally whether the rumor had any merit, he doesn’t particularly care for me, and I cannot imagine that a big-time radio host and conservative TV star would have time for a lowly Maryland blogger like myself.

I am, however, quite certain that Mr. Bongino would hang up the phone on me, or worse, he would shred me on the radio if I even dared to waste his time asking such a loser question. Then again, I’m so beneath Dan Bongino as a person, he wouldn’t even expend one iota of a second talking about truly dopey Ryan Miner. That’s how insignificant I am to Dan Bongino. That’s why he blocked me (and most Maryland Republicans who were loyal to the end) on Twitter and trash talks me (and many others) to anyone willing to listen.

Once again, 95% of this article is gossip. Before you shout “FAKE NEWS” from a rooftop holding a pitchfork, please understand and accept that this article is nothing more than a reported rumor, and it should be taken with a grain of salt.

My responsibility is to be honest and level with our readers, so I’ll be 100% honest:

In 2011, I was hired by the Bongino U.S. Senate campaign as an aide and driver to Mr. Bongino. Dan had his former campaign manager fire me in December 2011 for several “unfortunate reasons,” as Dan Bongino once Tweeted. I know the reasons – some are true, and most of them aren’t. We’ll get to that later. In May 2013, I drunkenly challenged Dan Bongino to a fight in the parking lot of the Anne Arundel County Republican Lincoln Day Dinner because he was talking trash about me. Where I grew up in Western Maryland, when a man challenges your character, you walk outside and talk like men. In retrospect, challenging Dan Bongino to a fight – a former Secret Service agent – would not have ended well for me. I freely admit that Bongino would have kicked my ass seven ways from Sunday, but my honor was a stake.

Later in 2014, I thought Dan and I had patched up our relationship after a few long phone calls, but come to find out, he continued to trash talk me, going so far as to encourage a former boss not to hire me. When a man shakes your hand and looks you in the eye and tells you that the past is the past, you take him at his word and you move on. I took Mr. Bongino at his word. I apologized to him for the parking lot episode and he accepted my apology – or so I thought at the time. I was honest with him and admitted my mistake. I was a different person at that time, and I don’t want to look back.

I hold no ill will towards Mr. Bongino. He’s a man with a vision doing his thing in Florida. I wish him the best, and I truly hope he finds the success he deserves. While I don’t agree with some of his politics, he’s unafraid to fight for his deeply-held principles. I admire that about him. In many ways, he’s a talented person with a passion for some of the same issues I care about and advocate for.

I spent countless hours with Mr. Bongino in 2011, driving him from event to event and learning who the real Dan Bongino is. I once considered him a mentor and close friend. I don’t know what happened to the Dan Bongino I knew in 2011, but I wish he would come back. That guy was one hell of a great guy and mentor. The guy I see now I don’t recognize. I wish I still knew the guy I first met in 2011. That guy was someone I would have followed anywhere.

Hoeber hits back against Delaney – finally