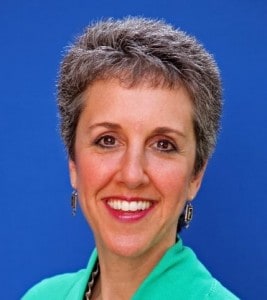 Democrats and some Republicans have filed in seven of Montgomery County’s eight Senate districts as of Monday, Feb. 19.

No candidates – Republican or Democrat – have filed to run in Senate District 17.

So why hasn’t Kagan filed yet for re-election? Without question, Kagan would sail to re-election and will face no primary opposition.

There have been some political rumblings in Maryland politics that Kagan may be tapped to join one of the leading gubernatorial tickets.

It won’t be Rushern Baker’s ticket. Today in Baltimore City, Baker will announce that he has chosen prosecutor Elizabeth Embry, a 2016 Baltimore City mayoral candidate, to join his ticket as his running mate.

It would be unlikely that Kagan would join Vignarajah’s gubernatorial ticket, so that leaves only one choice: A Kamenetz/Kagan ticket.

It is rumored that Kamenetz is considering former Montgomery County Councilwoman Valerie Ervin as his running mate; however, in the last few days, political insiders tell A Miner Detail that Kamenetz may have soured on Ervin.

Sources have told A Miner Detail that several Montgomery County officials relayed to Kamenetz that choosing Ervin may hinder his chances, given the leftover political baggage Ervin still holds in Montgomery County.

A Miner Detail spoke briefly with Kamenetz on Sunday after the United for Maryland gubernatorial forum. He said he will be announcing his decision soon. Kamenetz also told A Miner Detail the website domain KamenetzErvin, which was registered on Feb. 15, was not bought by his campaign.

It’s widely known that Kagan has been friends Rushern Baker over the years, so would she even consider joining Kamenetz’s team?

Sure enough, Maryland will soon learn what both Kagan and Kamenetz decide to do in their political futures.

Hamlet on the Potomac?