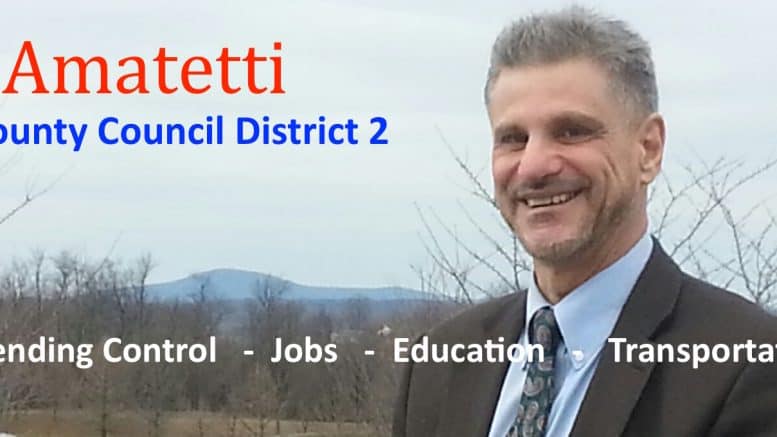 I am nearly three months late on posting Ed Amatetti’s campaign kickoff, but better late than never. My apologies to Ed and his family for my tardiness.

Ed Amatetti, a former classroom teacher, government consultant, auditor and a former Montgomery County Board of Education candidate in 2014, kicked off his campaign for Montgomery County Council (District 2) on Saturday, February 11, 2017, at the Gaithersburg Public Library.

Standing among a group of friends, family members and fans alike, Amatetti, a liberty-focused Republican with a passion for improving public education, laid out his plans to win back District 2 from the Democrats.

Watch the videos below of Amatetti’s kickoff event:

Amatetti is, according to his campaign Facebook page, holding a fundraiser picnic on Saturday, June 11 from 2-4 p.m.

Be the first to comment on "Ed Amatetti campaign kickoff video"