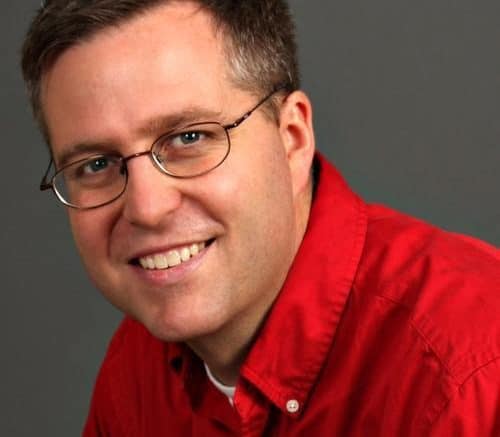 A conservative state lawmaker, Neil C. Parrott, is set to launch a bid for the U.S. House of Representatives.

Parrott, 49, a three-term Republican representing Washington County in the Maryland House of Delegates, told a number of Republicans last weekend at the bi-annual Maryland Republican Party state convention that he will formally announce his candidacy for the 6th District, in Oakland, Md., on Nov. 21.

Garrett County’s Republican Central Committee on Monday shared a Facebook post indicating that Parrott will formally announce his congressional bid this Thursday at the Public Gazebo in downtown Oakland, at 8:00 a.m.

“I think it’s fair to say we were quite surprised when he said he was going to announce in Oakland,” Fred Fox, secretary of Garrett County’s Republican Central Committee, told A Miner Detail.

Fox said Parrott indicated that he was planning to jump into the Republican primary during the September funeral of a longtime Garrett County Republican activist.

Parrott did not respond to a request for comment.

Mr. Parrott has represented District 2A since 2011, which contains portions of Washington County, including Hagerstown, Funkstown, Halfway, Boonsboro, Sharpsburg, Smithsburg and south county.

He helped form the Hagerstown Tea Party in 2008 and is responsible for organizing a number of petition drives that were brought to a state ballot referendum. He identifies as an evangelical Christian and has fought against expanding reproductive rights for women as well as rights for same-sex couples and transgendered individuals.

On Nov. 7, 2018, a three-judge federal panel unanimously threw out the 6th District’s congressional map in a long-running partisan gerrymandering case. Parrott announced two days later that he was forming a congressional exploratory committee.

But in a 5-4 decision handed down in June, the conservative U.S. Supreme Court justices ruled that federal courts are not appropriate venues to resolve partisan gerrymandering. The cases brought forward by Maryland and North Carolina were remanded back to the lower courts with instructions to dismiss the plaintiff’s cases.

Gov. Larry Hogan (R), disappointed in the High Court’s June ruling, vowed to continue his push for nonpartisan congressional districts. Hogan said he would resubmit a bill to the General Assembly that would instruct a nonpartisan commission – not the Democratic-dominated General Assembly – to redraw Maryland’s heavily gerrymandered congressional districts.

The 6th District is held by Rep. David Trone (D), who is serving his first term and vows to run an aggressive re-election campaign.

Only one Republican to date – Kevin Caldwell of Brunswick – has filed paperwork with the Maryland State Board of Elections to enter the 6th District race.

Neil Parrott will fight for your Civil War statues!

Trone: “This election will be decided by Western Pennsylvania”