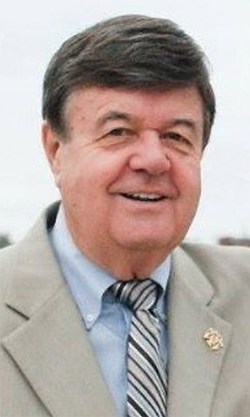 Without a doubt, the 441st session of the Maryland General Assembly will be one of tremendous change, with new leadership in both the House of Delegates and the Senate for the first time in decades. Consequently, the media and the commentariat are extremely interested in changing the power dynamics under Senate President Bill Ferguson (D-Baltimore City) and Speaker Adrienne Jones (D-Baltimore County.)

No one can rightly blame them for this focus: After all, this is a fascinating time in our state’s history, and we are sure to see old approaches to politics and policy trampled underfoot.

Still, those interested in the nuts and bolts of legislation – and the minute details of the policy process – must briefly lift their glasses to the legislators who pre-file bills. Every year, they give us a foretaste of their policy agendas: Welcome (if mundane) respites from the grand details of Annapolis realpolitik. Amongst those who deserve plaudits for promptly filing several pieces of legislation this year is Senator Ron Young (D-Frederick)

I must restrain my gratitude to Senator Young’s punctuality, unfortunately.  His “SB-55 Income Tax Checkoff – Maryland Assault Weapons Buyback Fund” is abysmal from a policy standpoint.

The bill’s synopsis summarizes its intent:

So, in essence, the bill creates a fund to buy ‘assault weapons’ from Marylanders. Weapon Buybacks have recently re-entered the national political scene, with former Democratic presidential candidate Beto O’Rourke having proposed a mandatory ‘Assault Weapon Buyback.’ In that case, fair compensation to owners of certain firearms and the constitutionality of the provision were of issue. While Senator Young’s bill relies upon the voluntary sale of arms, and thus is constitutional and guarantees only those who accept the offered compensation will sell their arms, that doesn’t absolve the bill of its countless flaws.

Most gun buy-back programs are built upon a faulty conclusion that firearms themselves, rather than their (mis)users, have ultimate responsibility for gun crime rates. Senator Young’s bill is steeped in the same mentality, narrowing its scope to semi-automatic and fully-automated firearms. Presumably, rather than combating ordinary gun violence, SB-55 specifically seeks to prevent mass shooting incidents. Without a doubt, this is an admirable goal; violent crime of any sort is tragic, and the mass-murder of innocent life is particularly so.

But SB-55 clearly can’t live up to its promises.

Gun buyback programs are reliable only in their low success rate. In a pattern, which is years old and observable across the country, these programs result in a stockpile of worthless weapons.  In 2013, the Director of the Center for Problem-Oriented Policing, Michael Scott, told the Cincinnatti Enquirer that: “gun buyback programs recover such a small percentage of guns that it’s not likely to make much impact.” He further elaborated, saying that “tend to attract people who are least likely to commit crimes and to retrieve guns that are least likely to be used in crimes.”

Right here in Maryland, we’ve seen that this analysis is valid. In late 2018, the Baltimore City Police Department launched a gun-buyback program, which was a major initiative of disgraced former Mayor Catherine Pugh. Tragically, 2019 ended up being the second deadliest year on record for Baltimore. This indicates that the gun buyback program was utterly ineffective. All of the money that was frittered away on this worthless program could have been better invested in actual policing and prosecution of violent crimes.

The mechanism SB-55 presents to fund the buyback program promises to be nearly as ineffective as the program itself. Adding an additional income tax checkoff to state income tax filings does not promise to fund the gun buyback program, and it demonstrates that Senator Young is considerably more fearful of high-capacity firearms than the average Marylander. With many income tax check-offs available already, advancing causes such as Veteran’s Issues and the preservation of the bay, it is unlikely that Marylanders will choose that their tax money is used for something as esoteric and ineffective as buying back ‘Assault Weapons.’

The $50,000 proposed allocation for the program doesn’t promise to go very far, either. The “STAG 15 LEO Rifle-AR15,” which is available through Atlantic Firearms of Bishopville, retails for 699$. This 16-inch gun is of a reasonably high tactical grade and available to the general population. If the state was paying those turning in high-capacity tactical weapons at market price, it would only be able to get 71 AR-15s. However, in reality, no one would sell a functional, high-capacity firearm to the government for retail sale price. The buyback program would need to pay far-above retail rates to entice people to participate. Otherwise, this bill promises to do nothing but collect old, broken, and poorly-functioning firearms. It might be interesting to see what sort of idiosyncratic, Capone-type vintage weapon the state buys. But however interesting this is, wasting taxpayer money is not justified.

Ultimately, those who intend to commit criminal acts with semi-automatic and automatic firearms will continue to do so. Those motivated to commit a crime would expect greater utility from a gun’s use in evil acts than from participating in a buy-back.

There are many things that can be done to prevent firearm violence: Improving policing and investigative operations, and developing synergy between agencies can accomplish incredible things. On the other hand, draconian, unconstitutional regulations which promise to spend a lot of time in court, or costly, frivolous boondoggles like Senator Young’s pose no cure for violent crime.

Leo Thuman is a candidate for a Bachelor of Arts in Political Science. He can be reached at leothuman@gmail.com

The views expressed in guest columns are those of the authors; they do not necessarily reflect the views of A Miner Detail and its editor.