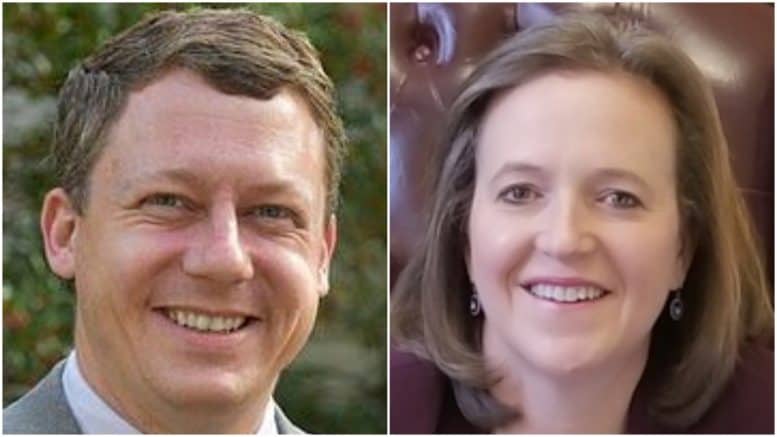 Do you recognize the names above? These are some of Maryland’s political heavyweights, wouldn’t you say?

These seven women and men are the Annapolis powers-that-be. They control and comprise the modern-day Annapolis political Machine. They take orders from the top. They direct their loyal adherents to dutifully fall in line. And they often grease the power levers of Annapolis to ensure that they get what they want.

This political Machine never had any intention of proposing a worthwhile plan to fund the multi-billion-dollar Kirwan recommendations.

Sports betting? Marijuana legalization? How stupid do they think we are?

After the Thorton debacle, Maryland taxpayers knew what to expect. They knew not to hold their breath.

In January, Maryland House speaker Adrienne A. Jones and incoming Senate President Bill Ferguson assured Marylanders that income, property and sales taxes would not be raised to fund the Kirwan Commission’s education recommendations.

Jones and Ferguson, on the surface, appear to have been kept in the dark on the Machine’s latest tax hike bill – HB 1628 –  that would impose the single-largest tax increase in state history – a bait and switch maneuver to slash the sales tax by 1 cent while levying new taxes on professional services.

The Baltimore Sun reported last week that Jones, through a spokeswoman, declined to comment on the Machine’s latest tax hike. And a spokesman for Ferguson did not respond to the Sun’s request for comment.

House Majority Leader Eric Luedtke (D-Montgomery County) estimates that his joint tax hike proposal would account for $2.6 billion in new revenue by 2025, enough money to apparently fund the education recommendations that Democratic leaders have pledged to pass come hell or high water, without any original funding mechanism in place or concern for Maryland’s financially-strapped counties now on the hook to pick up the tab.

Luedtke, without missing a beat, told The Baltimore Sun “I think most people would be willing to pay $3 more a week to make sure we have the best schools in the world.”

And on Facebook, Luedtke explained that his retroactive presentation of his sales tax would force a significant tax increase on a family making “a couple hundred thousand dollars a year,” but an average family making $50,000 a year would pay only $25.00 more, per year, in taxes.

The House Majority Leader sure has a funny way of telling his District 14 constituents to go to hell.

It is morally inconceivable that some Maryland politicians are ignoring the long-term financial consequences of a multi-billion-dollar education plan that has yet to be fully vetted.

On Monday, Goucher College released a poll showing 69% of Marylanders “remain largely unaware of the Kirwan Commission on Innovation and Excellence in Education.”

This means that a majority of Marylanders are still in the dark on a 243-page report that calls for expanding pre-kindergarten to all 4-year-olds as well as 3-year-olds from low-income families, revamping high schools to offer career readiness programs, increasing standards to become a certified Mayland teacher and starting all teacher salaries at a $60,000 a year.

Given the massive price tag to implement the Commission’s recommendations, it should be obvious why the Annapolis Machine didn’t run an aggressive public relations campaign to champion their billion-dollar promises.

The Annapolis Machine knew that Maryland taxpayers would never accept its prima facie “but it’s for the kids” plea. That old sob-story shibboleth ran its course decades ago. These same politicians believe taxpayers to be witless fools, eager to open their wallets at the mere mention of education reform.

That said, the Kirwan Commission’s recommendations are indubitably worthy of legislative consideration.

Marylanders, though, should expect their lawmakers not to trade in legislative due diligence for vainglorious self-congratulatory hootenannies, followed by a jubilant marathon lap around State Circle.

Taxpayers are well within reason to question why the Annapolis Machine is rushing to pass a generational overhaul of Maryland’s education system with a cumulative $32 billion-dollar attached price tag.

What’s worse, a number of state lawmakers privately concede that they still haven’t read Kirwan’s 243-page report in its entirety.

But political courage comes at a premium in Maryland: Politicians either fall in lockstep with the Annapolis Machine – or they suffer the political consequences of expulsion.

(The Speaker’s top aides have built their respective careers as the Machine’s political button women and men; they have the receipts to prove it.)

It’s comical, really. The Annapolis Machine, you might assume would by now have learned a valuable political lesson.

They still believe that Larry Hogan was never supposed to be elected governor.

Yet the Machine to date fundamentally misunderstands why their hand-selected successor to Martin O’Malley – the former governor now spends his days desperately seeking national attention to cover up his widespread unpopularity at home – faltered so miserably in 2014, losing a perfectly winnable gubernatorial election to a middle-of-the-road Republican who ran a campaign on a simple pledge to reform government and stop raising taxes.

At least we have one politician who keeps his word.

Marylanders has a unique mechanism to reward politicians who ignore them.