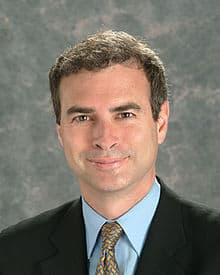 Peter V. R. Franchot (D) announced earlier this month that he will not seek a fifth term in 2022 as the state’s comptroller.

He’s running for governor instead.

The Democratic primary to replace Franchot as Maryland’s chief tax collector and alcohol and tobacco regulator is already taking form.

Feldman, the vice chairman of the Senate Finance Committee, revealed little about his plans for higher office but nonetheless plugged his credentials as a former Department of Justice tax attorney and certified public accountant, the only state legislator in the country, Feldman said he’s told, with such a background.

“I feel like if were to consider doing it, my credentials are there – but I’m nowhere near making that final call,” he said.

Feldman’s remarks on a potential comptroller bid begin at 44:00.

Maryland’s last competitive Democratic primary for comptroller was in 2006 when Franchot, then a 19-year member of the House of Delegates, took on former Governor-turned-Comptroller William Donald Schaefer (D) in a three-way contest that included former Anne Arundel County Executive Janet S. Owens (D).