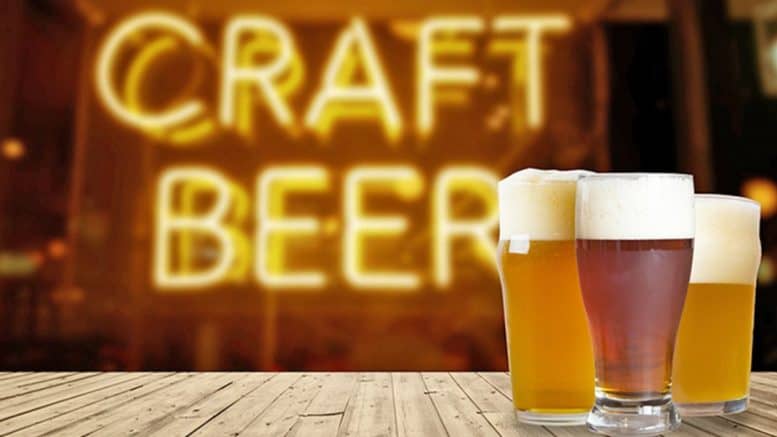 2019 was an unequivocally bumper year for craft beer, with a 4% growth in independent brewing production and the total number of operating breweries surpassing 8000 by the end of the year.

In an industry that seems to travel at the speed of light, making future predictions is like shooting at a moving target. Nevertheless, below are three sensible (and hopefully therefore reasonably accurate) predictions for craft beer trends in 2020.

IPAs will continue to rule the roost

While no prizes will be won for this prediction, we can be pretty confident than the IPA’s crown will stay firmly in place. IPAs are projected to reach a whopping 29% of the global craft beer market by 2021; one glance at the blackboard behind the bar of your local taphouse is all the evidence you need.

But what makes IPAs so popular?

Since everyone has slightly different tastes, expect a million different answers. Let’s boil it down to the essentials: (1) They taste good, (2) They’re an acquired taste that we’ve learned to love, and (3) You can geek out about them with your like-minded pals. With none of these points likely to change any time soon, it’s safe to say IPAs are here to stay.

So what predictions can we make for craft tastes in 2020?

Tangy, tart and sour: Another Japanese exotic you can expect to taste in your tankard is the yuzu, a tart citrus fruit, which is rapidly gaining popularity in Asian markets.

Complex heat: Busting through the roof of the Scoville scale won’t make you stand out in 2020; consumers have moved on. Expect beers that explore the subtleties of pepper varieties – ancho, habanero, and serrano to name a few – rather than relying on heat alone.

Earthy: Brewers will produce beer heavily infused with bulk terpenes like myrcene, limonene, and humulene (all found in the cannabis plant), catering towards burgeoning vegan and plant-based sectors.

As of this writing, 33 states have legalized medical marijuana; recreational use has been green-lighted in a total of 11 states, and there are at least 16 other states believed to be voting on its use over the next year.

It’s worth noting that selling a THC and alcohol mixture is illegal. This means you shouldn’t expect a grease monkey strain-infused beer to hit the shelves any time soon; there are some beer-style no-alcohol THC and CBD beverages available, however, but do expect legislation to be on every brewer’s (and smoker’s) lips during 2020.

Bedroom-brewed beer will become even easier to produce

In 2017, beverage big-shots Keurig and Anheuser-Bush InBev partnered to produce what has been dubbed as the “in-home booze maker of your dreams.” While they have been keeping their lips tightly shut since then, 2020 could be the year all of those research and development dollars bear fruit.

Hot on their tails, LG is another big-player to tease a commercial homebrew product.

While only a concept at the time of writing, one thing’s for sure: home-brewing is about to become a whole lot simpler.

Eric Van Buskirk was a columnist for Search Engine Journal and has written for other large websites. He can be reached by email.

The views expressed in guest columns are those of the authors; they do not necessarily reflect the views of A Miner Detail and its editor.