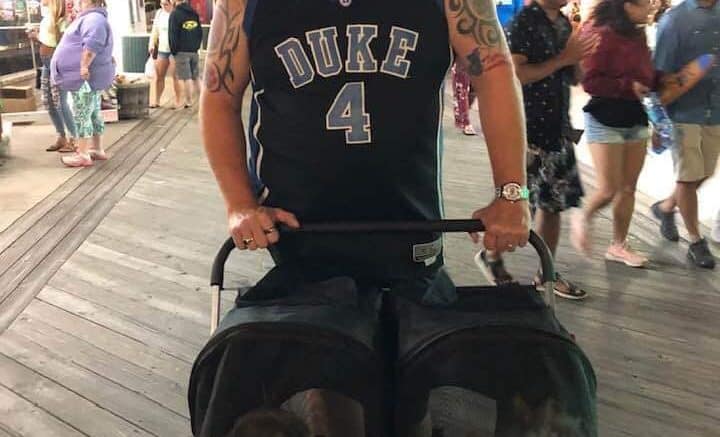 Former Frederick County Commissioner Blaine R. Young could be setting the stage for a political comeback.

The Frederick News-Post published a letter today authored by Young entitled “It’s time,” in which Young declares “It’s time to clean up our great city before it gets out of hand.”

Young’s short letter suggests a series of policy proposals Frederick should implement, including stationing a police officer on the “Square Corner,” placing “blue phones on Carroll Creek and in the parks like they do on college campuses,” creating an “adopt a block program by businesses,” and developing  a “power washing program” for the City’s sidewalks, because, as Young wrote, “they could use freshening up.”

“I don’t have all the answers,” Young acknowledges,” but he does “try to be part of the solution and not just complain.”

It has long been rumored that Young, a Republican, is mounting a political comeback in Frederick. Sources close to Young say the former commissioner may be eyeing a 2021 Republican challenge to incumbent Frederick City Mayor Michael O’Connor (D), who is serving in his first term after ousting former Republican mayor Randy McClement in November 2017.

Young, who turns 48 on September 13, served as president of the Frederick County Board of Commissioners from 2010 to 2014. He ran for county executive in 2014, losing in the general election to Frederick’s current executive, Jan Gardner, a Democrat. In 2013, Young considered running for governor to succeed former Democratic Gov. Martin O’Malley.

In February 2016, Young was arrested and charged with four counts of misdemeanor prostitution in Anne Arundel County as part of a police prostitution sting at a hotel near BWI airport. Young pleaded not guilty.

Anne Arundel County District Judge H. Richard Duden III, however, found Young guilty on three counts of prostitution later in August. Young was given probation before judgment and was required to pay court costs. Before sentencing, Young apologized to the court “for any embarrassment” he may have caused and said he wanted to be a good citizen.

Young has since kept a low profile since the incident, occasionally sharing on Facebook his opinions of Frederick City and County politics.

The surname Young is synonymous with Frederick County’s political system.

Young’s father, state Sen. Ron Young (D-Frederick), has been serving in the Maryland Senate since 2011. The senior Young was also was a four-term mayor of Frederick. Sen. Young’s wife, Karen Lewis Young, Blaine Young’s stepmother and a Democrat, was elected to the Maryland House of Delegates in 2014, where she has been serving District 3A ever since.

And Mr. Young’s brother, Brad W. Young, is the current president of the Frederick County Board of Education.

While Young has not publicly signaled his plans to return to public office, news of his possible political comeback has been on the street for some time now.