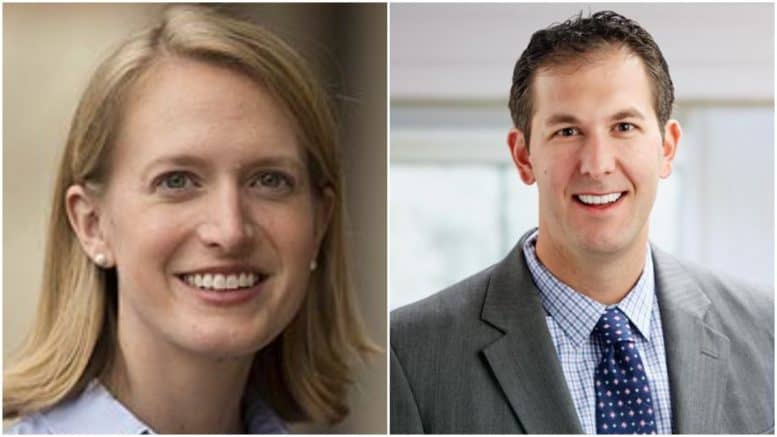 A Miner Detail has updated the total receipts for a few of the below listed public officials. We apologize for our error.

It’s the most wonderful time of the year: Campaign finance reports are pouring into the State Board of Elections website, available for download. Journalists and interested politicos alike are poring over every minor detail, trying to make sense of the numbers.

Here are six takeaways from the latest round of reports.

Prince George’s County Executive Anglea Alsobrooks (D) may want to be governor in a few years – aside from Peter Franchot, who publicly declared his intentions to run for governor in 2022 (A Miner Detail broke the story), the first-term executive from PG Couty could certainly become a formidable gubernatorial contender –  but her latest campaign finance report shows a lackluster ledger.

The county executive’s cash burn rate is around 50% – in her first cycle, no less. Mind you, Ms. Alsobrooks governs the second-largest jurisdiction in the state. Her first-year accomplishments – and there were many – far outweigh an inadequate finance report.

Alsobrooks’ report shows that she spent almost none of her cash on media, field staff or full-time campaign operatives. Why? Her statewide brand should be growing beyond the Capital Beltway.  If she is serious about running for governor – and she says she will take a look at the race at a later date – why then is she not employing full-time campaign staff to build her a statewide organization?

One significant point to highlight: Prince George’s County currently bans developers and their agents and business owners from making campaign contributions to county executives or a slate of candidates. The ban first went into effect in 2012 after Jack Johnson, a former Democratic county executive, was sentenced to federal prison after accepting bribes from developers and local businessmen.

The first-term Baltimore County executive turned in an impressive report, finishing out the year with a hearty $914K cash balance.

Olszewski doesn’t have an Alsobrooks problem; Baltimore County developers can fund his campaign with oodles of money – and they certainly delivered. Taking a page from the late Kevin Kamenetz fundraising playbook, Olszewski’s campaign finance report features the New York Yankees roster of the who’s who of the regional real estate developers.

It is being rumored that Olszewski, a former Baltimore County state legislator, is eyeing a 2022 gubernatorial bid. His birthday party in Salisbury and his statewide fundraising certainly lend credibility that he’s plotting a statewide run in a few years. Not for nothing, Olszewski has assembled one hell of an all-star political team.

He hasn’t quite built a statewide candidate profile, but rather one that is befitting of a first-term county executive sending a pointed message to his potential competition – inside and outside of Baltimore County – that his progressive brand of politics could be unstoppable.

Young tops the field with a cash balance of $959,332.67, having raised $544,147.47last year. While Young’s impressive numbers punctuate his frontrunner standing within the crowded field, it was Vignarajah’s astounding $1,002,147.00 raised that fundamentally altered this mayoral election. He has a cash balance of $840,645.55.

Vignarajah was once considered a second-tier political player in this race. Today, however, and without question, he is a frontrunner to become Baltimore City’s 52nd mayor. His support comes from over 1000 donations from 900 individual donors, with 52% of the campaign’s donors contributing under $100, according to his campaign, that, incidentally, does not accept money from political action committees, lobbyists and the cash bail industry. And Vignarajah’s burn rate was at a whopping 16%, which is almost unheard of for any viable campaign.

The 43-year-old Ivy Leaguer has run an aggressive media outreach operation. He is consistently the best-messaged candidate amid the field, churning out media releases on the daily. And he’s every reporter’s dream candidate in that he avails himself to virtually every media outlet – no matter how big or small.

Vignarjah is the Elizabeth Warren of the Baltimore City mayoral race: He has a plan for everything.

Bolstering his frontrunner status, a recent Gonzales poll predicts if the election were held today, Vignarajah would be tied for the lead with Brandon Scott at 18%, who has a cash balance of $428,993.68. Scott’s pathway to victory was once considered almost untenable, but his latest numbers show that he certainly is in this race to win.

The same Gonzales shows former Mayor Sheila Dixon at 16%. Jack Young registers at 15%; T.J. Smith is supported by 11%; 8% say that would back state Sen. Mary Washington (D-Baltimore City), and 12% of the respondents claim they are undecided.

You have to wonder if Marc Elrich is running a grade-A troll game on us all. How else do you describe a county executive of Maryland’s largest jurisdiction raising – wait for it – $0.00 in 2019. Come on, this cannot be for real? Is this a joke?

When she’s free from spraying down her front lawn with a gallon bucket’s worth of 2,4-D Amine Weed Killer, Marc Elrich could have enlisted the help of his most loyal adherent, Christina Ginsberg, to at least raise him enough money to pay for his monthly Gmail subscription.

Unless Marc Elrich of Takoma Park is looking to barter free-range, backyard chickens somewhere in exchange for television time, Montgomery County could be looking at an exciting Democratic primary in 2022.

Somewhere you might have read that Marc Elrich was atop A Miner Detail’s 2019 political losers’ list. Gee.

That’s the difference between the number of votes Maryland Comptroller Peter V. R. Franchot (D) earned in the 2018 general election and his current cash-on-hand balance.

Franchot, for those who haven’t read A Miner Detail’s Twitter feed in the last few weeks, has officially declared that he’s running for governor. The four-term comptroller and self-described political Machine buster raised $724,218.68 in 2019 from virtually every nook and cranny of Maryland and from nearly every income class – from Democrats, Republicans, Independents, moderates, progressives, Democratic Socialists, you name it.

What’s more, Franchot’s political base continues to expand beyond the traditional Democrat and Republican paradigm; his base isn’t necessarily defined by ideology but rather by a growing group of free-thinking outsiders and insiders who have just cause to be pissed off at the dying political Machine run by party bosses and spineless mid-level cogs.

Mr. Franchot’s latest campaign finance report – the largest political war chest in the state – is yet another testament to the fact that he is undoubtedly the frontrunner, of either party, to become Maryland’s 63rd governor.

Political insiders are speculating that state Del. Brooke Lierman (D-Baltimore City) is eyeing a future statewide bid – but for which office?

Lierman is viewed by most Annapolis insiders as a rising political star with a considerable future ahead of her. She certainly comes from robust political stock (her father and brother are Maryland political legends), and Ms. Lierman, an Ivy Leaguer herself, is said to be one of the smartest policy wonks inside the Democratic caucus. It’s not for nothing that the Baltimore City representative is showing up at the annual Western Maryland Democratic Summit.

Feldman’s latest campaign finance report shows a cash-on-hand balance of $242,492.83, having raised $133,091.00 in 2019. The vice-chairman of the Senate Finance Committee, Feldman has amassed a universally positive reputation in Annapolis. Mr. Feldman is a federal tax attorney and CPA and a longtime Department of Justice tax division attorney. His qualifications for comptroller would be hard to match. And he has impeccable taste in professional sports teams.